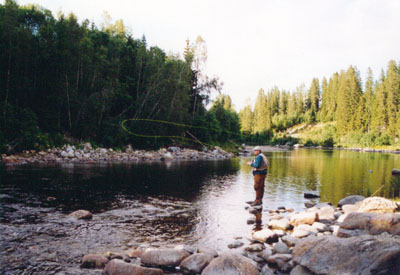 
New fishing places in Norway that are under consideration: It could be Mandal River or Bjerkreim River in Southern Norway for small salmon. Trysil River is also under consideration after grayling and small trout in the clear river.